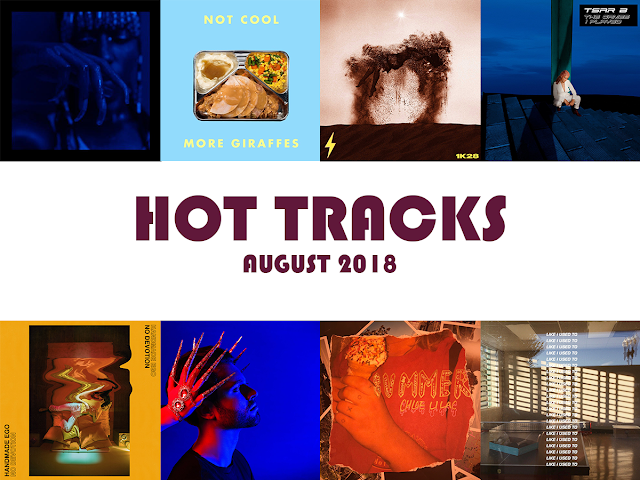 Check out our favorite tracks from September below...

'NOT COOL' BY MORE GIRAFFES
LA-based pop duo More Giraffes return with their brand new single "Not Cool". This tracks the lead single off of their upcoming debut EP that's definitely going to work its way deep into your head. More Giraffes deliver fun and spunky pop music that you won't get enough of.

'FEEL SOMETHING AGAIN' BY COTIS
COTIS is a Vancouver-based R&B/Pop artist that's been making waves since earlier this year. "Feel Something Again" marks yet another milestone on his way to becoming the next big superstar of our time. Just press play below and the music speaks for itself. This kid has got talent and the sky's the limit.

'PRETEND THAT YOU LOVE ME' BY KYAN PALMER
Rising pop artist Kyan Palmer reveals his debut EP Burn Mona Lisa. "Pretend That You Love Me" is a true gem off of this piece of work. Packed with catchy pop melodies and groove you won't get enough of, Kyan packs this track with a stellar falsetto chorus.
'SUMMER' BY CHLOE LILAC
Chloe Lilac is one of our favorite rising indie pop artist at the moment. From her last single "Stolen Liquor" to her brand new single "Summer" she's truly got something unique to her sound. "Summer" is the perfect track to round of the season with its reminiscent lyrics that'll have you daydreaming far into the colder months.
'BRAZIL' BY TSAR B
Tsar B has been a force bubbling underneath the surface over the past few years. At long last she's set to release her debut album and kicked things off with "Brazil". Built upon her classic middler eastern influence sounds, Tsar B shines like the star she is ready to launch herself to new heights with this one.
'SCREEN' BY WWWATER
WWWater has been exploding in Europe over the last year with her energized shows that people can get enough of. On her brand new single "Screen", she turns things up on notch bringing a sound that balances between jaw dropping experimental sounds to being a catchy pop track.
'LIKE I USED TO' BY JULIA KNIGHT
Julia Knight's "Like I Used To" is a truly stunning track. It's driven by her silky smooth vocals that dance flow elegantly over the sublet drums beneath the surface.
'HANDMADE EGO + NO DEVOTION' BY TENDER
TENDER make their return with not just one, but two new track. With their whispery vocals and chilled out electronics, TENDER stay true to the sound that caught everyones attention to begin with. This new era for TENDER should be reminiscent, but should also wee them trek into new territory.