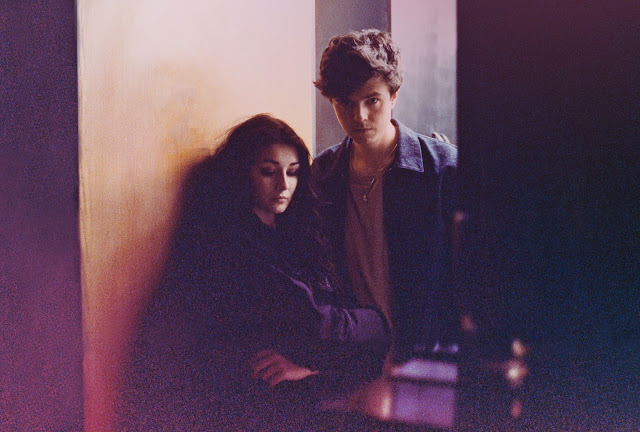 Scottish duo LOVE SICK blew the world away last year with their debut single "Bullet". They return this week to kick off their new year with their second chilled-out single. Instantly backed by apocalyptic sirens in the beginning, "Hope" is crafted around hazy melodies embraced by empowering lyrics. The verses are doused in a darkness yet the chorus comes in glowing like a beacon off in the distance keeping you going for the long road ahead. Find some hope with this one below. 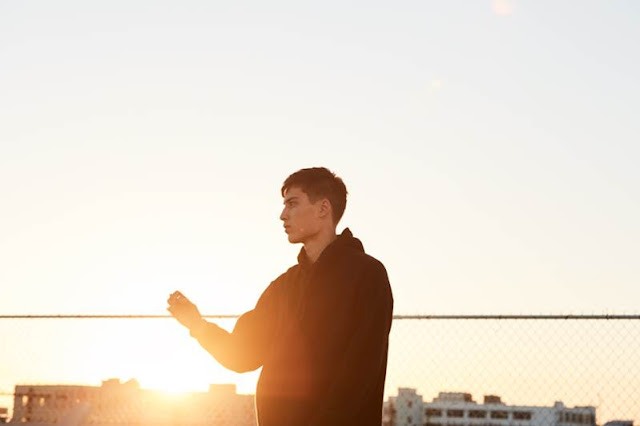 Dublin-based artist EDEN emerged this last week with a stellar debut album Vertigo. Building upon an electro-alternative sound that ties in electronics, acoustics, and darkened lyrics, EDEN has build a sound of his own that lands him among some of the most exciting artists this year. A highlight of the album is his track "love; not wrong (brave)". It starts off slow with a delicate piano chords supporting EDEN's melodies, eventually picking up the pace with chants backing every note. It then climbs louder into the final bow, with the floor of the track completely dropping out pulling in electric guitars and electronics that have no end. EDEN's entire album is phenomenal. It's a journey from the very first song to the final note. You can stream Veritgo here.

Email ThisBlogThis!Share to TwitterShare to FacebookShare to Pinterest
Labels: EDEN

OUR TIME WILL COME 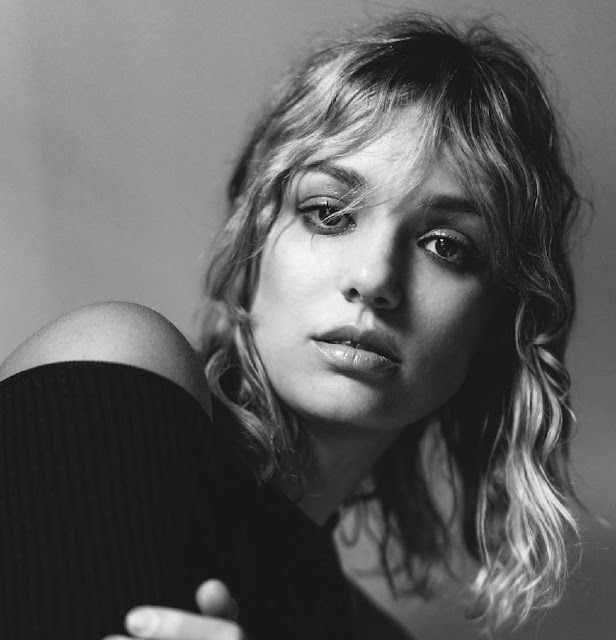 Rising electro-pop artist PRIEST is back with her new single "Our Time Will Come". This second release from her upcoming EP bounds to new frontiers as she builds around a happier sound compared to her darker releases. Its the skipping synths in the beginning that bounce their way into your head while driving forwards with the cruising beats. PRIEST's vocals carry the melody perfectly with her glistening pop tones as they dance elegantly in the enlightened darkness. Keep an eye out for PRIEST as there's more great music from her to come.

Email ThisBlogThis!Share to TwitterShare to FacebookShare to Pinterest
Labels: Priest 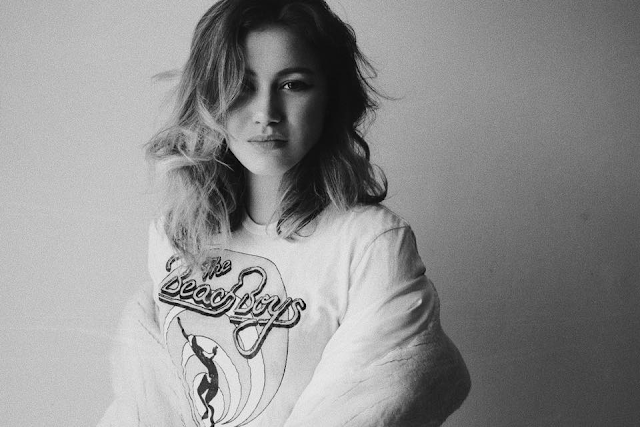 Rising Toronto pop star DYLYN has been one of the most exciting acts to watch climb her way up in the indie scene this past year. She broke through on bubbly debut single "Mimosa" and soared higher on "Secret" and "American Nightmare". She's continues her journey with her latest single "Wolf", a blazing 80s inspired track with a raging beat and a melody that'll fuel you through the night. This new track comes with the announcement of her debut album Sauvignon and a Kimono out February 23rd. Until then, get ready to rebel with this one below.

Email ThisBlogThis!Share to TwitterShare to FacebookShare to Pinterest
Labels: DYLYN 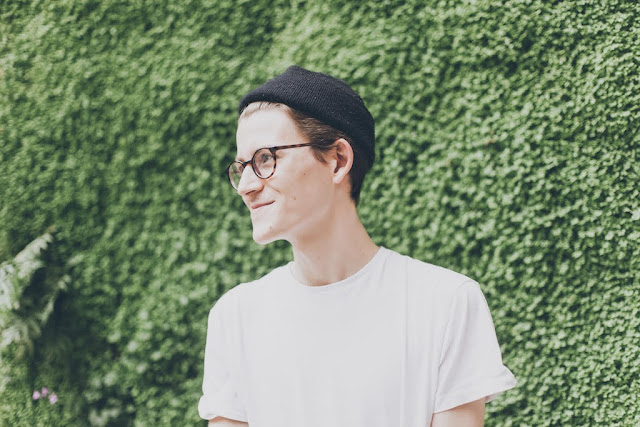 Bristol-based Henry Green is back with a new single "Another Light" to announce his upcoming album Shift. "Another Light" is driven by a soothingly melody from the very first notes with the smooth chords swiftly elevating Henry's vocals to new heights. It's when the chorus comes in that the winds push forward with the echoing vocals caught in the distance and the surging synths humming below the surface. Henry Green has delivered a stunner with this one. It's the perfect first taste of what to expect from his upcoming album. Shift is out March 30th via Akira Records. Until then, get lost in the winds with this one below. 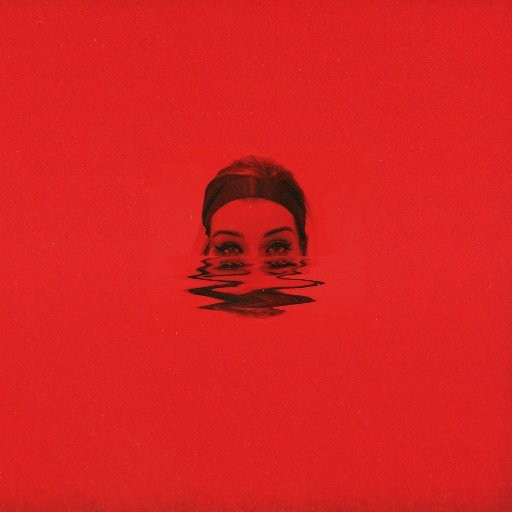 TYSM kicks off 2018 with her latest single "10". This glitch-pop track comes with a delicate touch to the production from Felix Snow. The melody is sensible as it twirls around on the subtle beats that drive the track all the way home. There's something so undeniably addictive to this track. It might be simplistic at first listen, but the lyrics grasp hold and never let go. One listen and you'll be hooked. Check this one below.

Email ThisBlogThis!Share to TwitterShare to FacebookShare to Pinterest
Labels: TYSM 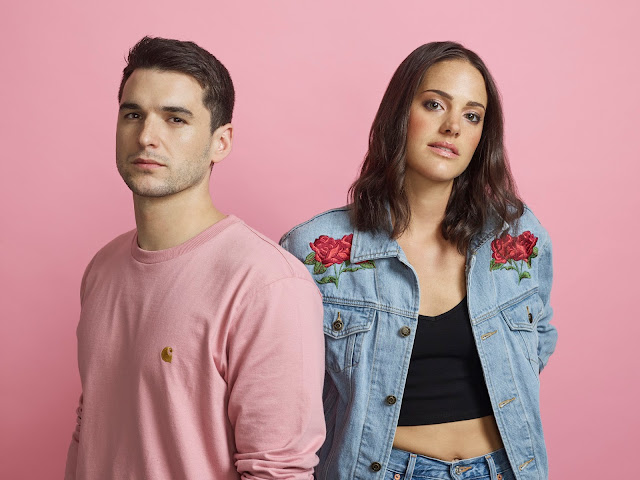 Dady is the latest duo to emerge from NYC with debut single "Friends". Backed by production by Julien Wicks that falls into the likes of Haim, singer Rachel delivers vocals that land in the likes of Japanese House with a bubble gum pop finish. The track remains simplistic with its guitar string plucks that drive the track throughout, but once you get deep into the song you're doused in rumbling synth that take the track to a whole new level. Keep your eyes on Dady because this is just the beginning for this duo, and things are about to get hot!
Posted by Unknown at 2:44 PM 2 comments:

Email ThisBlogThis!Share to TwitterShare to FacebookShare to Pinterest
Labels: Dady 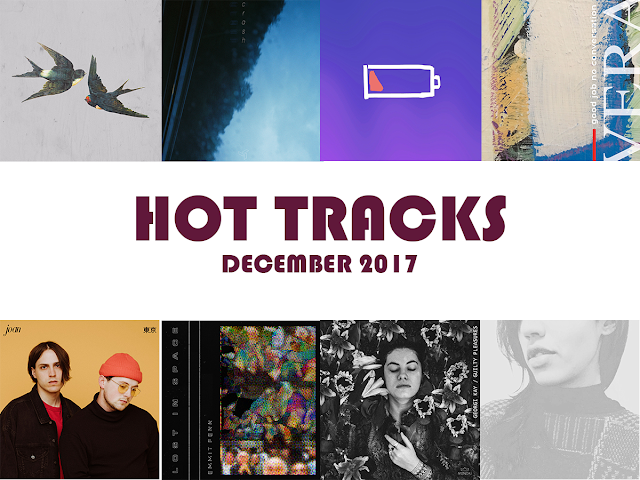 It feels like December 2017 came and went in a blink of an eye. It might already be the New Year, but it's never too late to highlight the tracks that stood out at the very end of the year.

GEORGI KAY- 'GUILTY PLEASURE'
Georgi Kay is back with another stellar tune, "Guilty Pleasures". Instantly washing you over with brooding synth, Georgi's vocals embrace a haunting melody that next level. It's a the chorus that's packed with enormous horns that pound the ground below you. It's was the perfect track to end 2017 with. Expect more from Georgi Kay in 2018.


EDEN- 'CRASH'
Dublin's EDEN has blown up quite quickly and as he rolls out new material things just keep growing. His latest single "crash" is a truly stunning track. If you're not caught instantly by simplistic guitar-backed intro, you'll be locked in once the full production kicks in. The lyrics dive into the outpouring of the feelings and thoughts one is consumed by after heartbreak. EDEN is set to tour the US this Spring, just another notch on his way up the indie ladder. Expect 2018 to be the year EDEN becomes a name everyone knows.


STEVIE WOLF- 'WHO'
New York-based Stevie Wolf emerged on single "Who" that's a fresh track delivering a  sound so refreshing yet so familiar and comforting. The lyrics dive into the topics of identity loss while keeping things bright with the pop melodies. Stevie Wolf is definitely an artist on the rise worth knowing.


VERA- 'MYSTERY'
Vera spent all of 2017 rolling out singles for his new EP. It's finally out, and all together its a true masterpiece. "Mystery" is a brand new highlight that delivers sultry guitars and a underlying heat that keeps things burning all the way through. It's a truly mesmerizing track that'll have you in a full on sweat by the very end. You can stream Vera's Good Job No Conversation EP in full here.

SITA- 'AROUND ME'
We've been keeping our eyes on SITA throughout this last year. She's been rolling some truly great pop tracks and she adds "Around Me" to this collection. The verses are simplistic yet glorious while the chorus swirls you around in circles with her atmospheric vocals. We're expect some big things from this rising name soon enough. Keep your eyes on SITA.


HONORS- 'VALLEYS'
Toronto four-piece HONORS returned with their latest single "Valley". It's a haunting track that dives into alternative R&B melodies. The chorus breaks through the ceiling with its pop hooks that dig their way deep into your head. Dream away with this one below.


EMMIT FENN- 'LOST IN SPACE'
Emmit Fenn has become one of our favorite risings artists over the year. With two EPs under his belt in 2017, he topped off the year with this emotionally powered track that blast off into the skies with its soaring production and heartfelt melodies. Expect more from Emmit Fenn in 2018 as he's set to releases his highly anticipated debut album.

JOAN- 'TOKYO'
joan is a duo based out of Little Rock, Arkansas. They release their third single "tokyo" this last month that dives into all the feelings you feel when you first fall for someone. The production is indie-pop at its finest with its classic alt guitars and glittering synth. One listen and you'll be taking off to a whole new world. Get familiar with joan below.