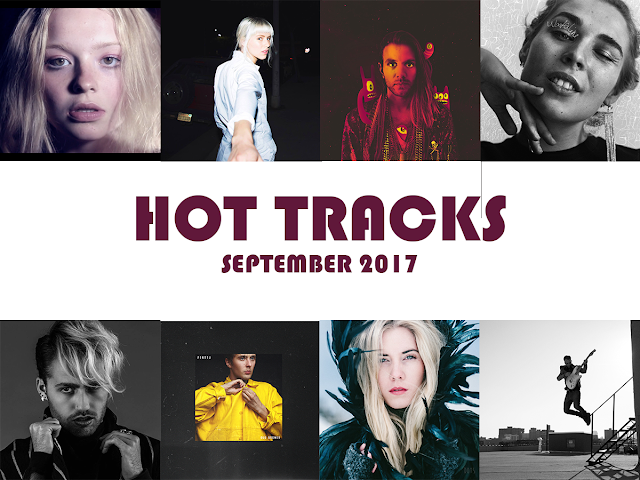 MILLIE TURNER - 'EYES ON YOU'
Millie Turner emerged this year with a stunning debut that we couldn't get enough of. Taking steps a bit away from her Robyn-influenced debut, she tones things down with a simplistic guitar driven track that lets her vocals shine bright. Millie just keeps delivering at every turn. Check out her video for "Eyes On You" below. She's definitely one to watch for 2018.
DAGNY - 'LOVE YOU LIKE THAT'
We've been big fans of Dagny since she released her debut single a almost two years ago. She returned in October with yet another feel-good smash "Love You Like That". The verses are light and heartfelt, but that chorus is a massive powerhouse anthem that you won't be able to get out of your head. Get hooked below.
YOUNG & SICK - 'OJAI'
LA-based Young & Sick re-emerges on a fresh musical chapter on new single "Ojai". Driven by a vintage-esque piano, Young & Sick heats up the night with a pounding disco beat. There's no denying that this track will have you feeling you're in a never ending summer. "Ojai" is the first song from his forthcoming 7" release via B3SCI Records. Pre-order it here.
GRANT - 'WATERLINE'
Meet Sweden's new songstress GRANT who debuted on "Waterline". With her melodies dancing with the likes of Zella Day, she gives us a truly heartfelt anthem on "Waterline". It's a powerful anthem that shines a glimmer of hope for the future ahead.

RILAN - 'MONEYTALK'
LA's Rilan returns with his glam-pop sounds on "MoneyTalk". Powered by magnetic synths, Rilan drives this track all the way home with his stellar chorus that works its way deep into your mind. It shines a light on how social media makes us feel about ourselves and how everyone pushes to show the prettier aspects of their life over the struggles we face everyday. Perfection is truly overrated.
PERTTU - 'OLD STONES'
Perttu released his latest track "Old Stones" this last month, and it's a banging track that'll have you dancing far into the night. Its message is simply that sometimes you have to let things remain broken and work to reinvent yourself around something new. One listen and you'll be shining bright with the feeling of moving forward.
WOODES - 'DOTS'
Australia's Woodes has been proving herself as a rising star this year. She has an stellar EP behind her along with countless singles that have soared to new heights. Her latest, "Dots", brings her to new terrains where she's expanded her sound while still remaining solid to her early works. We're excited to see what this next year holds for Woodes.
PENGUIN PRISON - 'TURN IT UP'
It's been almost two year since we last heard from Penguin Prison, but he returned this last month energy-infused track "Turn It Up". This track drives itself on it's message of raising your voice for what you stand for. It's a great tune that'll have you feeling energized all the way through.