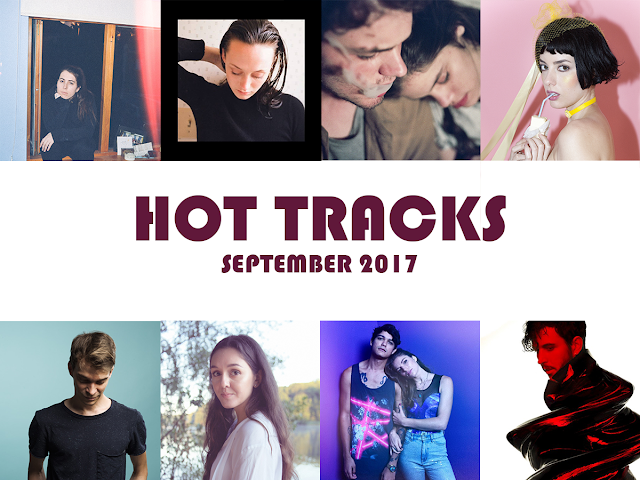 At the end of every month we recap some of our favorite tracks released. Check out these hot tracks below!

SORCHA RICHARDSON - 'WAKING LIFE'
Sorcha Richardson returns on smoky track "Waking Life", which is another stellar addition to her growing repertoire. If her vocals don't stun you, her lyrical genius will as it pulls at your emotions with every word.


TESSA DIXON - 'PRAYER'
Belgium has a new pop star on the rise emerging on debut single "Prayer". It's dark pop at its best while holding onto a complete DIY vibe from the video compliment below. Tessa is definitely a potential for new pop royalty.


BEFFROI - 'JADE'
Belgian duo BEFFROI return on new single "Jade" that's packed with brooding production and melodies that shout to the skies. It's got all the angst and pop delicacies you desire.


BUTTER - 'LIFTED'
Quirky, fun, and bubble gum pop - all the things present in Butter's new single "Lifted". Produced by OMEGA, this track is light and fluffy, but packs a punch with every hit of the beat.


MOONBOY INC. FEAT LUISA - 'FOREVER SOMETIMES'
Berlin based producer Christoph Rymon aka Mooboy Inc returns on new single "Forever Sometimes". This one's his best work to date with its cruising production that drive you through galaxies far and wide and all the way home.


MELIS - 'SOBER (OVER YOU)'
Melis has been rolling out her solo project this year after taking a step away from her time as part of the UK duo IYES. She released her latest track "Sober (Over You)" that is a melodramatic masterpiece. Her vocals and lyrics are delicate, but the production takes things up a notch with it's more upbeat sound. Keep an eye out for Melis's debut EP Parallels out soon.


COSMOS & CREATURE - 'RIDE THE WAVE'
Cosmos & Creature are a force to be reckoned with. This new one is pure pop bliss that'll have you on a high for days on end.


OSCAR AND THE WOOLF - 'RUNAWAY'
Oscar and the Woolf is a massive name in Belgium that's already selling out arenas, but in the US he's currently on the edge of breaking. With his new EP out this last week, a prime standout is "Runaway". Packed with his signature brooding melodies, Oscar takes this to a whole new level on this one. Be sure to get familiar.