Never Gonna To Say It Again

Moody Disco. Those are the best two words as described by Germans on her new song Wonderhow. While bringing us wonderful songs to cry over our heart breaks, she also makes us want to get out on the dance floor and get down. With the sound similar to French Horn Rebellion we can't help but love her, and also she's bring to us what we all crave. She brings to us the perfect pop heartbreak songs where we can break out our bell-bottoms and cry together.

Where The Sky's Blue Forever Bringing to us the perfect combination of edgy dance beats combined with a swanky horn section and some major girl power angst, MØ has release her latest single "XXX 88" featuring Diplo. In her new single she absolutely channels the perfection she created with "Pilgrim", but pushes it further with an beat that makes you want to stand there head banging while you're imaginary pony tail just goes nuts! We almost want to say MØ is the Fallulah in her angsty teenage years. MØ will be touring with our true loves this fall, MS MR and is also slatted to be releasing her debut album soon.
Posted by Mike Schreder at 10:00 AM 17 comments:

Breaking news! We have found great music outside of Sweden! I repeat we have found great music outside of Sweden!! Mana Island dropped their new single "Borderline" yesterday and all we can say is wow! Coming to us from Москва, Russia, this band brings to us a mixture of all of our favorites. Imagine the falsetto of Justin Timberlake mixed with the MS MR and a dash of 80s pop synth. Mana Island has made quite the splash over in their home country by appearing in the top singles on Russian Itunes. It's about time that something great comes from us other that Scandinavia. Way to go Mana Island. Can't wait for your to make a splash here in the USA!

Here at Oblivious Pop we look up to many people in the industry, but our true idols are the people at Neon Gold Records who literally have no flaws in their taste for perfect pop. Yesterday, Neon Gold announced that they will be working with Miami Horror, a band coming to us from kangaroo land. We are so excited to see what comes of this and what amazing music Miami Horror will release with their upcoming sophomore album. Check out the video below of Miami Horror in the studio and also listen to a preview of their new single "Real Slow."

What we all would expect is a great Swedish artist to be making a break in the music industry once again, but lately we have been finding more great music coming out of Oregon. W∆NR brings the synth pop sounds similar of Washed Out we all crave, while taking the indie loving vocals similar to Local Natives and Atlas Genius. The combinations of these three gives you this uplifting yet mysterious sounding sound that only make you want to keep listening. W∆NR consists of Mitchell Winters and Bryce Miller. This duo has been releasing music like crazy lately by dropping their first EP Cityscape earlier in August and then just recently dropping "Cobra." Check out "Cobra" below and also download their EP and the song on here.

Bringing Back The 80s Today we are going back in time to the 80s with the newly released cover of "Don't You Want Me" by French Horn Rebellion. French Horn Rebellion is a brother duo from Milwaukee, Wisconsin, but are currently residing in Brooklyn. Most people are familiar with their collaboration with Viceroy of "Friday Nights," but their cover of the Human League's song brings us nothing but joy. It provides us with the perfect flashback while still remaining relevant in the current century. With a funky guitar and a beat you want to dance to you almost feel like you need some leg warmers and to be out of the dance floor. French Horn Rebellion keeps releasing phenomenal music and after seeing them live back in July with Savoir Adore I expect these guys to go far! Also, did I mention their from Wisconsin? It's great seeing a band from my home state creating amazing music! Take a listen to "Don't You Want Me (The Human League Cover)" below.

French Horn Rebellion is currently on tour this fall. Find tickets for a venue near you here.

Everyone who is a fan of the UK Skins can admit how much they wish they were cool enough to be hopped up on drugs jamming out to crazy dub step music in an underground club. ODESZA captures this scene quite well with their music and their latest release "My Friends Never Die" from their upcoming EP. You can't help but picture an episode of Skins every time you listen to this song. Along with this, I would love to see a collaboration between them and Ellie Goulding. ODESZA consists of Harrison Mills and Clayton Knight. Coming together after their senior year in college they decided to make music together. This duo from Seattle has already self-released an LP titled "Summer's Gone." They will also be playing on Pretty Light's tour at some of their west coast stops. Check out and download their newest song "My Friends Never Die" off of their upcoming EP that drops on September 17th.

Last night I got the amazing experience of attending the MTV Video Music Awards! Now before we get all excited, it wasn't the experience you're thinking of. No, I didn't walk the red carpet. No, I didn't actually meet any celebrities and take selfies with them. What I did experience was one of the greatest pop music moments in history.... well kinda.

The show started off with Lady Gaga performing her new single off of her upcoming album ARTPOP. Starting off with a full on close up of her face, she began the show on a rather quirky note (a Lady Gaga typical move). Her performance covered many of her various looks that she adapted since 2008 when she released The Fame. Her vocals were phenomenal, clearly using her operatic voice she attended NYU for. It wasn't her best performance she has ever given, granted who can live up to her Paparazzi performance ending in a blood bath. For having a hip replacement she sure can dance though. Props to you Gaga! You work hard! Check out Lady Gaga's performance below.

Do I even dare talk about Miley Cyrus's performance with Robin Thicke? Basically the performance consisted of Miley dancing around with creepy teddy bears and then grinding on Robin when he performed. This was literally the most disgusting performance I have ever seen in my life. I mean Miley did extremely inappropriate things with a foam finger on International television.... A little too far. Check out Miley's Performance below, but be prepared to be disturbed.

The defining moment of the night was when Justin Timberlake performed and was awarded the Michael Jackson Video Vanguard Award. Justin's performance consisted of him working his way back in tim with his music. This eventually led to the moment people have been waiting years for: NSYNC REUNITING. Sadly, this was a one time deal and didn't last as long as everyone wanted it to, but we all finally got our wish. Justin really brought a great performance and truly proved that he deserved to be honored with this award. No doubt that Justin Timberlake will forever be in pop culture. Check out Justin's performance below.

It was after this point in the night when everyone felt nothing else could live up to JT's performance, but one performance did. Macklemore and Ryan Lewis performed "Same Love." It was this performance that meant the world to so many people. It was more than simply a performance. It was a statement on television providing an amazing message. Macklemore created the perfect set to keep the performance intimate feeling. I will easily admit that I was tearing up throughout the performance. Not to mention Jennifer Hudson made a guest appearance. It was amazing to be a witness to so much support for everyone to have equal rights and for love in general. Check out Macklemore and Ryan Lewis perform "Same Love" below.

And after this point was when the night became more dull. Bruno Mars performed his new single. It was a good performance but was never going to stand up to the performances earlier in the night. Finally, at the end of the night Justin Timberlake clearly won the Video of the Year Award because seriously, JT is a pop god! After JT accepted his award, Katy Perry closed the show with her new song "Roar." Clearly Perry didn't want to make watching her entire performance worthwhile. She performed at an off site location by the Brooklyn Bridge. Yes, the NYC skyline in the background was beautiful, but Katy lacked the excitement needed to close the show. She was clearly lip syncing which made it 10x worse. All I can say is Katy better reassess her team because they are clearly not helping her make the right decisions to make great music and have phenomenal performances.

All in all, the 2013 VMAs was one for the books. It brought together so many major event in pop music in one night! Can't wait for the VMAs next year. Hopefully they are in NYC again!

I created Blackout Music as away to bring bands and artists who are rather unknown out into the light. As with any music blog, they go through many changes. I just want everyone who reads this (which isn't many at this point) that there will be many things happening with the website this fall. Don't worry. Yes, the name of the blog might change drastically, but we will still be sticking to what I created this blog for and that is allowing others to discover and hear music that inspires me and that deserves to be heard. Be on the look out for the changes. Big plans are in the future!
Posted by Mike Schreder at 10:30 AM 10 comments:

Summer's Ending.... But That Doesn't Mean The Music Will

Summer is on its last breath, meaning everyone will have to go back to bundling up in the brisk Fall air. That doesn't mean the music that made Summer 2013 as awesome as it was has to be shuffled away, never to be seen again. In fact most of the music that soundtracked my summer are bands who will become the soundtrack of this next year and even further into my life! In honor of this summer's great music I bring you Summer 2013: The Highlights!

Swept By The Forces 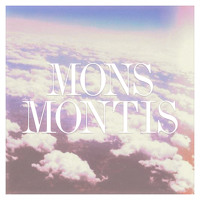 And "swept by the forces" I was when I came across this Swedish dream pop trio a week and a half ago. Already this band, consisting of Herman Båverud Olsson, Viktor Paulsrud, and Julia Hjertström, has made quite the splash on the internet. This being their first single, they already have over 30,000 plays on Sound Cloud and have more music coming soon.

Take a listen to "Swept" below and prepare to be take on a journey. This crew of Scandinavians are going to go far!